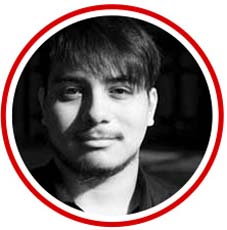 Cesar Martinez is a guitarist born in Leon GTO, Mexico and raised in Chicago, IL. His music and guitar playing has been described as authentic and energetic. Cesar was a student at Chicago High School for the Arts where his love of music grew. During his time at Chiarts he was offered many opportunities such as studying with jazz greats, performing on 98.7 WFMT, Chicago’s classical radio station, with his classical guitar trio, and sharing the stage with world famous guitarist Earl Klugh.

After graduating Chiarts, Cesar decided to stay in Chicago and study jazz and contemporary music at Roosevelt University. During this time, he was given the opportunities to play in legendary venues such as the Jazz Showcase, Room 43, Andy’s Jazz Club, and the famous Auditorium Theatre. His time at Roosevelt opened his ears to music outside of jazz and classical, where he played in Afro-Cuban, Fusion, Brazilian, R&B and even Avant-Garde groups. All of which has contributed to Cesar’s eclectic style.