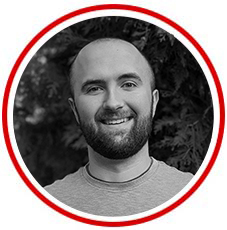 David, a native of Syracuse, NY, has been playing oboe for over 10 years and earned his B.M. in Music Business and oboe performance from the Crane School of Music at SUNY Potsdam. He is currently working on his M.M. in Music Performance at Northern Illinois University where he studies oboe with Emily Fagan.

While working in the music business, David visited oboe manufacturers in France, Germany, and the USA to gain valuable insight into the oboe. With his knowledge of the double reed industry, David has given seminars on manufactured reeds at SUNY Potsdam.

As an instructor, David has taught private and group lessons, as well as coached small woodwind ensembles at Illinois Summer Youth Music and Northern Illinois University.

David brings a supportive and upbeat approach to teaching oboe. He strives to guide his students to be better oboe players but also better musicians as a whole.